50 years of Fabi (part I): against fate, obstinacy and desire for redemption

50 years of Fabi: from sharecropping to the first shoe factory. A history of struggle against fate fought with a stubbornly desire for redemption. 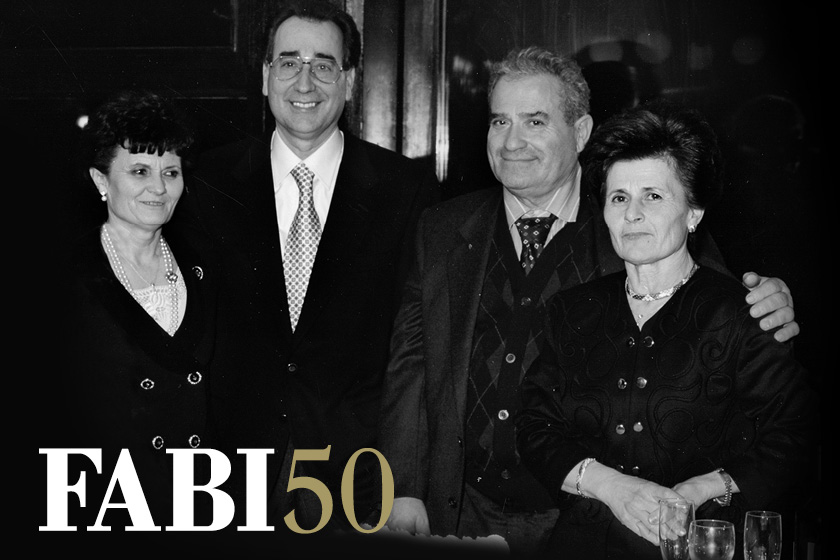 “When you’re nobody, nobody looks at you in the face”

Today, if you cross the threshold of the large and modern headquarters of Fabi, in Monte San Giusto, you won’t believe how it all began. Because the history of the Maison is the story of a family business that began fifty years ago, though not physically far from the place where is now, certainly thousands of ideal miles away from where is today.

The story begins in Montegranaro, a town in the province of Marche, Italy. Fabi were a peasant family that was divided between sharecropping and direct cultivation. At that time, as noted by Elisio, the shoes were a luxury and the peasants used to make them with a wooden sole, an old upper assembled with a little of tin and rubber to avoid slipping. The summer was the barefoot time.

Indeed, the world of Montegranaro, as well as for the most part of rural Italy, was divided in two: those who had the shoes and those who had not. The first were those who worked in the nascent footwear industry that today is a Made in Italy excellence, the others were peasants.

For a farmer, owning beautiful shoes, even used, was a dream that could come true only through the generosity of those who had more economic possibilities.

Elisio and Enrico’s father died after an operation for gastric ulcer. The boys were young, Elisio was just 13, but this meant abandoning his studies to financially support the family.

Probably, if Elisio and Enrico’s father had not died prematurely, would come true the grandfather Enrico’s dream: to have a large owned farm with many animals. And probably, today, we would not be here to tell the story of Fabi.

Elisio and Enrico abandoned their fields to seize the opportunities offered by industry. They experienced in small and medium shoe factories, learning the craft: Elisio cut skins, Enrico sewed tubulars. 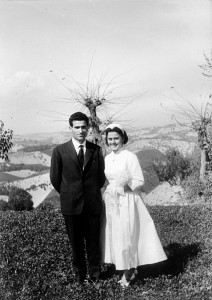 1965: the business idea and the first steps

Hence the idea of enterprise, involving Gina and Vilia: the future wife of Elisio and the wife of Enrico.

“Maybe you don’t figure what you’re in”: this was the encouragement Elisio received by those who knew how hard was doing business. But the desire for redemption was too much.

It all began in a basement, with the home production of a sample of ten pairs of men’s shoes. They carried the brand FFF imprinted.

But the first sales experience was not the best: Elisio went by the holders of a shoe factory and opened his briefcase with the samples. “Do you know how many tubolars I can find at this price?” Said with contempt one of the two owners, launching one of the first shoes Fabi.

The first commission came after six and a half hour trip, in Molfetta, where lived the first customer: Mr. Balducci. The order was a hundred shoes. 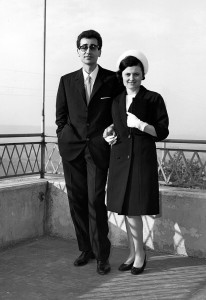 1966: The second stroke of fate, the earthquake in Sicily

The sales network was expanding rapidly, up to Sicily. They used to work day and night, for six and a half days a week.

Following an earthquake in Sicily, was enacted a law which canceled the debts of the Sicilian earthquake victims. For the brothers Fabi this caused considerable economic damage, with drafts and bills defaulted that had been turn to suppliers.

In ’68 and ’69 the whole work was for paying back the debts. But fate also came to the rescue of Fabi with the devaluation of the lira in the early 70s. Brothers Fabi’s tenacity and desire for redemption was rewarded with the first successes.

And the story continues.

This entry was posted on Thursday, March 26th, 2015 at %I:%M %p and is filed under news. You can follow any responses to this entry through the RSS 2.0 feed. You can leave a response, or trackback from your own site.